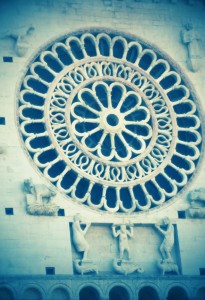 In a previous post this past January, I wrote about a term, an “office” to be more exact, about which very few of us in this post-modern world know.  The psychopomp is the guide to the “other side” so to speak.  The guide, or lack thereof in our post-modern existence, speaks to an unmet need for some ritual, some meaning-making around the end of life.

So now a bit about Mercurius, a/k/a Hermes, the trickster who is also messenger and guide of souls.  For Carl Jung, Mercurius as guide to “the underworld” meant that he was more akin to the god of the unconscious.  Mercurius is also bringer of news, transformation and other processes including healing and Mercurius does not fight with the other gods of the Greek and Roman pantheon but strives to make sense and meaning of them – which seems to be why Jung’s term synchronicity for meaningful and symbolic coincidences seem to evidence the hand of Mercurius.

But the path is difficult, narrow and often disappears or involves a painful transformation.  Is there something that is the end result of this transformative process? Why yes, there are of course several answers to this, but the integration, the longed-for unity of the adept is that of integrity, that is revealed in its timeless form and no longer subject to change or destruction.  This is symbolized by the lily, a magical flower.  The white lily is emblematic of the primordial goddess from antiquity, has a number of references in the Hebrew Bible and is also depicted in Christian art in paintings of the annunciation as well as Saint Catherine of Siena, for example.

What the ancient alchemists referred to as “alchemical mercury” was a volatile liquid, mainly alcohol, which carried the life force of a fermented plant.  In the process of fermentation, the plant dies and disintegrates, and “gives up the ghost” of its life force to the volatile liquid.  And yes, if you’re wondering  . . .this is where the term “spirits” as in wine and spirits sold at a liquor store – has its origin!

There are references to the psychopomp in the animal world as well.  In art it is often depicted as a deer, whose caution and grace, along with its sudden and unpredictable appearance and disappearance link the animal to Mercurius. The deer, like the transformative intermediary and rather slippery character is often a symbol of the twisting and turning path of transformation or of pilgrimage and the “now you see it, now you don’t” nature of such a course.  Indeed Rainer Maria Rilke wrote about this in “The Book of a Monastic Life,” this from The Book of Hours, with beautiful translation and commentary by Anita Barrows and Joanna Macy and available from Riverhead Press:

You come and go. The doors swing closed ever more gently, almost without a shudder. Of all those who move through the quiet houses, you are the quietest.

We become so accustomed to you, we no longer look up when your shadow falls over the book we are reading and makes it glow. For all things sing you: at times we just hear them more clearly.

Often when I imagine you your wholeness cascades into many shapes. You run like a herd of luminous deer and I am dark, I am forest.

You are a wheel at which I stand, whose dark spokes sometimes catch me up, revolve me nearer to the center. Then all the work I put my hand to widens from turn to turn.

So now that I’ve mentioned alchemy, Mercurius and  Rilke, how can I tie these thread together in the hope of making any sense out of this psychopomp foray?!  Well, that remains to be seen. . . but I will close with an observation and link about the importance of people being with one another as one is dying, for this being with the dying is transformative for the person doing the dying as well as the other person who is part of the relationship.  I recently came across an excellent video entitled “Beginning with the End” – a documentary featured in SXSW. Here’s the trailer.  It’s about teaching young persons about the dying process, as experienced by people whose lives and experiences are shared in relationship. Blue Sky has a longer explanation of the documentary here.

Here’s the overview: Emma and Ernie ate lemon meringue pie together. Ernie taught Emma about life. And Emma helped Ernie to die. In 2002, a high school teacher in Rochester, NY, invited nine high school seniors to attend his new class. The name of the class: Hospice. A decade later, the program continues with student volunteers learning about and providing comfort care for the dying and their families. The film follows the real-life stories of four student volunteers through their senior year. In the quest to understand “the big sleep,” they find a whole new kind of awakening.

What does the involvement of young people caring for the dying involve?  A new language of connection? Most certainly.  As one of the students remarked . . . it’s not about death, it’s about life.  Life’s connections among the living.  Touch, human touch.  Oh yes, and transformation of each of us.