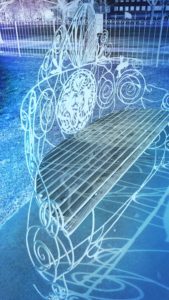 Last week I zeroed in on the importance of having in place health care advance directives for blended families and for this week’s fourth installment, I am going to go back to the big picture.  Part of the post-modern impatience which afflicts so many of us is to rush to a solution to a problem which is often not fully identified and consequently, many options which may have more comprehensively addressed the situation are never considered.  This is the old saying “don’t just do something, stand there!”  I offer that somewhat tongue-in-cheek because I know this is foreign to most of us, who are much more comfortable with our roles as “human doings” as opposed to “human beings!”

So let’s consider first the background for this big picture with a questions: what kind of family are you?

I recently executed a will for an elder client who mentioned to me that, besides providing for her five children, she considered in many ways as a son a man for whom she had served as a foster parent.  She had made provision for him with an insurance policy.

There are many different types of family just as there are many different types of families.  There are those “families of origin” which are usually those into which we are born and sometimes adopted.  Then there are “families of creation” – those which we choose by the relationships we have, be they biological children or other children, partners, spouses, extended family and friends.

So, back to the question posed above. . . the first obvious question is:

What kinds of joint or separate assets accounts do you own and how will those assets devolve (legal term for be inherited by) upon your surviving spouse, your children or stepchildren, and others for whom you wish to provide?

Do you have a marital agreement which often helps inform the disposition of property in the event of divorce and/or death?

Well, quite honestly – this is where things can get much more interesting.  Where the institution of marriage can provide much clarity as to whom will inherit a deceased person’s assets, a lack of a marriage can create many difficulties in long-term relationships if certain measures are not taken.  Many of marriage’s “protections” are evident in the law of intestacy, set forth in our probate code, which provide a myriad of extras available only to a spouse.  There are also protections which allow a surviving spouse to “take against the will” of the first to die spouse if the surviving spouse is qualified to do so.  (This is somewhat complicated, so I will not explain further at this time.)

Have you and your partner ever “held out” as spouses? Then common law marriage might be applicable.  Contrary to some modern folklore, there is no amount of time alone of cohabiting that is sufficient to support the existence of a common law marriage.

Are you and your partner clear about remaining unmarried to each other? This sounds odd, but there are many reasons couples do not wish to marry.  I know of one couple that chose for many years not to marry simply because they were afraid of (read – unfamiliar with) the legal consequences of marriage on their children’s rights relative to the step-spouse!

Couples will sometimes enter into agreements with each other to delineate the boundaries of their relationship.  Some of these might include: a nonmarital agreement; a living together contract; or perhaps a designated beneficiary agreement.  There are a number of ways in which an unmarried couple can solidify their relationship and many of the legal uncertainties surrounding it by simply executing such agreements.  Of course, before these agreements can be entered into, discussion must be had.

As we Americans are living longer than we ever have, perhaps it is time to think a bit more about our living arrangements and the relationships on which they are based.  More on this later!