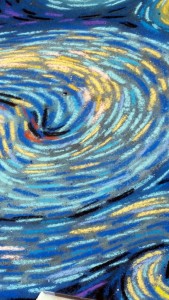 A couple days ago a bill was introduced in the Oregon senate (S.B. 893 – you can read it here) which would permit a patient’s expressly identified healthcare agent in an advance healthcare directive, “to collect and administer prescribed medication for purpose of ending patient’s life . . . if patient ceases to be capable after having received prescription for life-ending medication.”  [Thanks Jennifer for the heads up!] This bills extends Oregon’s medical aid in dying law (the Oregon Death With Dignity Act) to allow another person (“expressly identified agent”) to get the prescription for MAID and administer it to the person who lacks the capacity to arrange for getting a prescription for MAID and self-administering it.

The definitional section of the bill, which highlights the additions to the existing Oregon law, clarifies that “expressly identified agent” is an agent under a health care power of attorney.  The additions state further:

SECTION 3. An expressly identified agent may collect medications dispensed under ORS 127.815 (1)(L)(B)(ii) and administer the medications to the patient in the manner prescribed by the attending physician if:

(2) The patient’s advance directive designates the expressly identified agent as the person who is authorized to perform the actions described in this section;

(3) The patient’s advance directive includes an instruction that, if the patient ceases to be capable after medication has been prescribed pursuant to ORS 127.800 to 127.897, the expressly identified agent is authorized to collect and to administer to the patient the prescribed medication;

(5) The patient ceases to be capable.

This is a huge departure from what might be called the “status quo” of the handful of states (and last month, the District of Columbia) regarding the legality and administration of MAID.  When I presented at the CBA/CLE Advanced Elder Law Institute last week on the new Colorado End of Life Options Act, I mentioned that something like this would be inevitable.  I had no idea that this bill would be introduced the following week!

This Oregon bill basically eliminates the requirement of mental capacity for a patient to be qualified to arrange for MAID.  The Oregon statute concerning health care powers of attorney can be read here.  So many concerns come to mind I can scarcely name them.  It makes the principal’s job of selecting the correct health care agent a matter of life and death – literally.

Dementia – of a variety of types – can often last for years, so perhaps it would not be so easy for a principal with dementia to be otherwise qualified under the Oregon law (with a terminal illness and not expected to live longer than six months) to have the health care agent end the principal’s life.  I’m not certain that diminishes my concerns.

What if there is a passage of years between the naming of the health care agent and the advance of a person’s dementia?  There is often a change of relationship that occurs during this time, whether it concerns a spouse, life partner or child.  How would this be accounted for?  There is no allowances for change of circumstances here.

This prospect of putting someone out of their misery might just be what my veterinarian meant (as she was administering the drugs to end my much-loved elderly dog’s life) when she stated “I wish we could do this for people.”  But there is of course the prospect (along with many examples over the course of human history, particularly recent history) of putting another person out of our misery.  How do we discern the difference in these circumstances?  I will write more on this topic later.