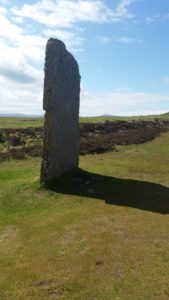 One Stone of an Ancient Ring

I’m beginning a series of posts about guardianship reform and its relationship to elder abuse.

What is known as “guardianship reform” is a very hot topic these days.

On the local level, I noticed that a candidate for a Littleton City Council seat made a critical reference to the powers of the Adult Protective Services system to investigate the welfare of a local resident (who apparently has dementia) living in her own home.  In the national press, guardianship reform has received lots of attention.  For Colorado, we have had versions of the Uniform Law Commission’s Uniform Guardianship and Protective Proceedings in our probate code for quite some time.  You can review the User’s Manuals for Guardians and for Conservators in Colorado here.

The Uniform Guardianship, Conservatorship and Other Protective Arrangements Act

But there is a newer 2017 version of a uniform law which the Uniform Law Commissioners have prepared for adoption by the states.  It is known as the Uniform Guardianship, Conservatorship, and Other Protective Arrangements Act, or UGCOPAA.  You can read more about it here.  A sub-committee of the Trusts & Estates and Elder Law Sections of the Colorado Bar Association is presently reviewing its provisions to examine how its provisions would impact existing Colorado law (our code and case law pertaining to its provisions).  More about that later!

This post is the introduction to the series and so I ask the basic question:

What does guardianship reform have to do with elder abuse prevention?

Apparently, plenty!  Particularly if you happen to be the child of a celebrity whose stepmother acted as your father’s guardian and limited or prevented you from visiting your parent during the end of his life and while he was suffering from dementia. The connection came to me the other day in the form of a Google alert.  It cited to a recent article about Casey Kasem’s daughter Kerri, who had a dispute with Kasem’s wife about his care while suffering from Lewy body dementia as well as the disposition of his last remains.  Glen Campbell’s children also had difficulties with their stepmother and their effort resulted in a Tennessee law that will “protect elderly.”  This LA Times article is about Kerri Kasem teaming up with Catherine Falk to advocate for more restrictions on a guardian’s authority which would allow more family members and others the right to visit a person under a guardianship.

In coming posts, I will explore topics including:

As well as other topics that arise in this context.  So please stay tuned!