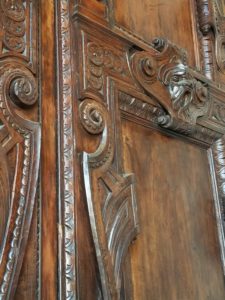 Did you know that the first recognition of this month was in 1963, when President Kennedy declared it to be Senior Citizens Month to honor those 65 and older?

I am observing it in my way by continuing to post about topics relevant to elders and the rest of us who aspire to become “senior citizens” …  Today’s post is another in my series on guardianship reform.

I recently read a new publication by Thomas Lee Wright, The Family Guide to Preventing Elder Abuse (2017: Skyhorse Publications). Wright also produced Edith and Eddie,” the 2018 documentary short Oscar nominee, which you can watch here.  I watched this poignant short film about a newly married nonagenarian couple.  There were many things in the short that were left out of the film which concerned Edith’s dementia.  The film could have gone into detail about the legal wranglings relating to Edith’s guardianship, but it didn’t.  To my mind, the beauty of the story was its simplicity: their love for each other.  I don’t want to give a spoiler alert concerning the sad ending, suffice it to say it had to do with Edith’s guardian’s decision-making authority.

Back to the book.  Many aspects of Wright’s book I found to be informative and helpful, but one of the shortcomings I sometimes find about books of this nature which originate from an author’s personal experience, is that its scope tends to be narrow and somewhat reactive to the situation with which the author unfortunately was made familiar.  I did like that many of the chapters are written by others with expertise in the field about which they write and provide different perspectives.

Are the Probate Attorneys and the Guardians of Incapacitated Elder Adults Part of the Solution or Part of the Problem?

As an attorney representing clients involved in protective proceedings or related matters, I work in an imperfect system.  Sometimes I struggle to explain to clients why things work the way they do.   Sometimes they ask me why it is so hard, why it has to be so difficult to take care of a parent.  My answer is always the same: if it were easy to do the right thing, we would live in a vastly different world. There is no black/white or right/wrong in our legal system, even fewer in probate matters as there are many perspectives and viewpoints of someone’s “best interests” in probate court.  A colleague once referred to it as “like a divorce except with five people involved.”  It is in this sense a branch of domestic relations court.

Why is this observation important? Each of us – attorney, client, as well as the other involved in proceedings (and there can be a rather large cast of characters) always need to keep in perspective that we have our own perception of what is happening and why, our own beliefs about what is in another’s best interest, and our probate court system tries to account for these things while respecting due process rights of the elder involved who is not able to make or communicate important decisions relating to the court proceedings.

But I digress, so back to the book… of interest to me were chapters 7 “Working with Professionals” (doctors and lawyers) and chapter 8 “Abusive Guardianships.”  Chapter seven addresses how to work with doctors and lawyers.  Many of my clients with whom I work have not previously hired an attorney.  There are many things to consider in hiring a lawyer in the elder law context, but I think the most important considerations are working with someone you feel you can trust, he uses clear and effective communication skills and answers your questions and provides guidance.

As for chapter eight, I found the co-authors’ very brief “history” of guardianship law to be not helpful and its broad statement concerning the standard of proof in guardianship proceedings is misleading and could easily have been corrected with fact checking.  In Colorado, the standard of proof for establishing a conservatorship is a preponderance of the evidence, while for a guardianship the standard is clear and convincing evidence.  There is no “one size fits all” preponderance of the evidence burden of proof in civil proceedings.

I also found their use of the term “predatory attorneys and guardians” to be vague and misleading.  I was not sure whether the term was used to refer to professional guardians and there were few details to flesh out the use of these terms.  As an attorney in Colorado, I can say that in a Petition for Guardianship or Conservatorship, I must alert the court as to the existence of a medical or general (financial) power of attorney and will typically explain in the Petition why the agent is unable to perform their duties as anticipated.  The advance planning in the form of POAs is not just summarily chucked out the window!

Advance planning does not work 100% of the time.  Complications can arise when an agent is no longer willing to perform because the job is too difficult.  In my practice this typically takes place because of family dynamics and as a result of sibling relationships becoming more fractured and hostile due to an elder parent’s cognitive decline or incapacity.  Sadly, some children readily take advantage of the situation, sometimes out of a sense of entitlement, that the parent “owes” them, or because they have nurtured a lifelong grudge against the sibling who is selected as the parent’s agent.  Sometimes it’s one child with a “misery loves company” modus operandi, these folks are very troubling to their unwitting parent and the adult child the parent has named to assist the parent as agent.

By the time an adult enters the probate court proceedings as a “respondent” named in a Petition for Guardianship or Conservatorship, the elder parent may be in the final stages of advanced dementia and barely rooted in time and place. Court appointed counsel, known as “Respondent’s counsel” may or may not be able to adequately represent the Respondent’s legal interests due to communication difficulties and a court may find it necessary to appoint a Guardian ad Litem to represent the Respondent’s best interests.

No Respondent Goes Willingly to the Hearing on a Petition for Guardianship!

I have yet to hear an elder respondent state, “why yes, your honor, I have really been slipping cognitively and need the court to appoint someone to take care of everything and make decisions for me.”  The cognitive impairment of an elder is often barely noticeable because it tends to happen over time, often gradually.  Some elders refuse to go to a doctor because they suspect they will get a dreaded diagnosis they don’t want.  I sometimes refer to Alzheimer’s as a contagious disease because it often happens that the denial that something is terribly wrong is shared with a spouse, adult child and sometimes others close to the elder with cognitive impairment that puts them at risk to financial predators.  Couple this with the fact that there is no medication to slow the decline or reverse the losses and the result often means waiting until a catastrophe has taken place.  Maybe mom gave away $30,000 of her $60,000 life savings to one of her kids or to a neighbor or to purchase lottery tickets.

There is neither a simple nor an easy solution to this challenge to our legal system.  It will only become bigger and more complicated as the numbers of old and cognitively impaired baby boomers rise and their often fractured family relationships contribute to the dysfunction.

In the next post on this topic I will look at standards for appointing a guardian or conservator as well as the oversight by the court system of these proceedings, which can cover a long span of years.