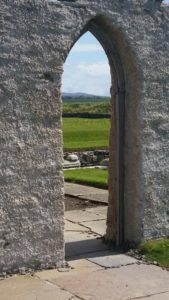 This may seem like a pretty basic and simple question, maybe too simple for some – but it lies at the heart of a debate currently raging in many parts of our country.  A couple axioms come to mind here – first: “don’t throw the baby out with the bathwater;” and “if it ain’t broke, don’t fix it.”  I don’t want to appear trite here, but we do first need to identify and distinguish the baby from the bathwater so to speak, as well as identify the system (which is imperfect as all systems are) and/or its parts which may be working as anticipated or which are in fact broken.

So what is it that people mean by “guardianship reform?”

Well, it depends on who you ask! I like this definition of law reform:

Law reform is the process of analyzing current laws and advocating and carrying out changes in a legal system, usually with the aim of enhancing justice or efficiency. By promoting and executing changes in a legal system, individuals and groups can implement changes in a given society. Law reform can be achieved through litigation, legislation, or regulatory change, and often requires the collaboration of a variety of groups in different practice settings. Law reform may also be defensive – stopping changes in existing law through litigation or legislative advocacy.

Here is an explanation on the need for guardianship reform as explained by the National Academy of Elder Law Attorneys (NAELA), of which I am a longtime member:

Guardianship is an ancient legal device dating back to early Greece and the Roman Empire.  It protects at-risk individuals and provides for their needs.  At the same time, because it removes fundamental rights, it should be considered a last resort when no appropriate less restrictive alternatives are available. With the aging of the population and rising numbers of persons with mental disabilities, adult guardianship has received increased scrutiny in the last 25 years.  The history of guardianship reform shows a marked advance in law but uneven implementation in practice. Guardianship reform laws have focused on five related areas:

With the “silver tsunami” of aging baby boomers, there can be no doubt that more attention and resources are needed to address this challenge for each state and the federal government (which has its own system for its programs) of crafting a workable and cost-effective legal framework which honors human dignity, protects fundamental rights of elder disabled or incapacitated persons, provides accountability of court-appointed fiduciaries (guardians and conservators) and honors other important values.

As an attorney practicing in this field and appearing regularly in probate courts, I can say that under our statutory framework (the Colorado Uniform Guardianship and Protective Proceedings Act or “CUGPPA”), as evidenced by the Colorado State Judicial Department’s proscribed form for a Petition for Guardianship, as consistent with applicable case law, and as a result of certain judicial officers questions posed to counsel and interested parties to a protective proceeding – the imposition of a guardianship is a last resort.

When I counsel clients for estate planning and we discuss the importance of durable powers of attorney, I stress the importance of choosing the right person to serve as agent.  I also state that in nearly all cases, the powers of attorney will work as intended if the need for them arises – but I also caution clients that while a guardianship or conservatorship may be the “nuclear option” in many scenarios, it is sometimes the only effective means to protect a vulnerable adult from the influence of or exploitation by another.  Sometimes I have had to explain in court documents or to an inquiring judicial officer why the power of attorney is not working as intended.  These types of situations can be quite complicated and usually involve some family dysfunction that is expressed as one person’s (often an adult child of an elder) need to try to control a situation or the actions of or access to an elder parent.

Notwithstanding these considerations, once a determination is made that an elder adult is incapacitated and in need of protection, there is supposed to be a range of alternatives which a court can order, ranging from a limited guardianship to an unlimited or “plenary” guardianship.

As for the unlimited or plenary guardianship, I would say that this has become the “default” type of guardianship imposed.  This is where my concern about civil rights for elders resonates and why I am looking closely at the new legislation put forward by the Uniform Law Commission (the Uniform Guardianship, Conservatorship, and other Protective Arrangements Act or “UGCOPAA”)  for adoption by the states.  The National Center on Elder Abuse has a helpful document which summarizes the goals of the new model legislation.  The American Bar Association urges support of the UGCOPAA for its provisions regarding “supported decision making” as a less restrictive alternative to imposition of a guardianship.

What Do Abuses Have to Do With the Need for Systemic Reform?

My question here is again a basic one.  There can be no doubt that the incidences of overreaching or financial abuse by court-appointed guardians must be remedied, particularly where a state court’s system allowed for such abuse to take place because of the lack of systemic protections of elders’ civil rights including due process.  One of the most infamous examples of this was described in The New Yorker article “The Takeover,” written by Rachel Aviv, a chilling true story which recounts in detail what happened to an elderly couple (and several other elders) in Las Vegas, Nevada and how their daughter was powerless to protect her parents.

I have had a couple clients ask me whether that Las Vegas-style abuse could happen here in Colorado.  I believe it could not happen here, but I remain concerned about the protection of elders’ civil rights.  Remember that the guardianship proceeding is essentially an extinguishment of an elder’s civil rights!

But there is a separate consequence at issue here – once a guardian or conservator is appointed by a court, there remains the issue of court oversight of the appointed fiduciary and this is another place where things can get difficult.  Here’s a link to a recent NY Times article which contains some alarming statistics about the amount of money that has gone missing in reported cases of guardians stealing from their wards.  In each judicial district, Colorado maintains a probate monitor whose job it is to ensure that guardians and conservators (particularly the latter as they manage finances for a protected person or ward) provide the necessary information for filing the required reports.  The Colorado state judicial branch monitors probate cases in other ways as well.

In my next post in this series, I will examine some of the abuses which have been uncovered and publicized and put forward as compelling reasons for guardianship reform.  I wish everyone a happy new year!