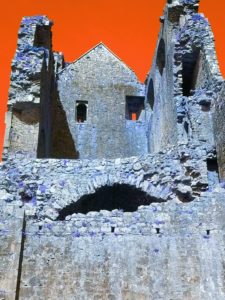 Is Communication a Seasonal Thing?

In my experience working with elders, communication with loved ones can be fraught with difficulties.  Sometimes it can be a dialogue based on relationship and sharing of information, but it can also be a monologue forced onto others by one person (often an adult child) who strives to control the narrative of the family.  The “silent generation” needs to speak up!

Communication can be defined simply as:

a process by which information is exchanged between individuals through a common system of symbols, signs, or behavior

I draw attention to this because it is part of the “holiday season” that causes many people undue stress during the months of November and December!

With the goal of starting a discussion about empowering better communication by elders, I’m sharing a link to a newly published document called “Money Smart for Older Adults.”  It’s a resource guide published by the CFPB, which is known now as BCFP it appears, along with the FDIC.  It’s not a short document (weighing in at 100 pages) and would take some time to read – but it’s chock full of lots of resources.

It has some good information about scams, but keep in mind that most scammers are quite sophisticated and tend to “update” theirs tactics as well as tailor their scams to particular communities or individuals they target.  Think of the scammer as like a virus in this respect!

I think a most crucial factor, particularly for members of the “silent generation” is to communicate: ask first whether the person you have in mind will agree to help you.  This means that an elder should be careful about whom they ask to serve as agent for them under a durable POA.  It may seem like a given that an elder would first ask a family member or friend if they would be willing to serve, but when people think that disability and estate planning is just about filling out some forms, disaster can follow!  This can be hard for people of a certain age, who may not want to be sharing all these details about which they have remained mum most of their lives, but it is the best policy. Why?

Why the Silent Generation Needs to Speak Up

People should tell others whether they have a POA as well as who is the nominated agent so that others can help monitor things and look out for the interests of the elder.  Communication about our weaknesses, shortcomings or frailties is seldom easy for most of us, but when we name people to assist us, it can be helpful for others to know we have made such arrangements as well as who those people are.  For example, in case a neighbor knows that an elder is facing a particular health challenge and really needs help, the neighbor will know that the elder has already made plans and that the agent can be contacted and notified of the elder’s need for assistance.

Another reason to communicate wishes is to clarify the wishes in advance so that there are no surprises in the event of some accident or catastrophic event.  Sometimes there is an adult child who has a chip on their should or perhaps an overweening sense of entitlement, and this child may be sorely disappointed to learn of the parent’s choice of agent when the elder faces a difficult decision about which they may or may not be capable of deciding.  Making one’s wishes known well in advance can often “soften the blow” to such a child, but in the end, it may be of little assistance.

If an agent knows that there are others who might be looking over their shoulder, the agent may take better care of the principal’s interests.

At the other end of the spectrum, I see quite a bit of “misery loves company” behavior as well.  In this type of scenario there is one child who has been selected by the now-incapacitated parent who is effectively being punished by a child who feels left out or believes she should be entitled to make the decisions for the parent – this notwithstanding the fact that the parent did not select that child for such a decision-making role, usually for good reason.  To my mind, there is a fair amount of litigation that is fueled by the “let no good deed go unpunished” and this is very unfortunate.  But I digress….

Over the years, I have only spoken with a few people about including a “POA protector” in the POA document, but it may be that including such a role can be beneficial to a principal and also serve to protect the agent against the hostile actions

I s there anything that can be done about this?  Some trusts are written which name a person known as a “trust protector,” and it may be time for a similar type of office to be created for the POA – like a POA protector.  This can be a third person who keeps an eye on the agent’s record keeping or bookkeeping.

And don’t forget. . . Today is Giving Tuesday! You say you’re not familiar with this new tradition? It’s been around for over six years and it’s dubbed “a global day of giving fueled by the power of social media and collaboration.”