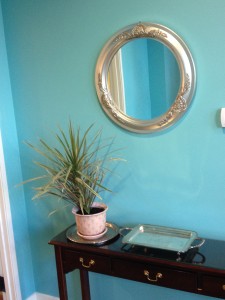 Elderhood and naming, misnaming and un-naming. This will most likely be the last installment on this philosophical theme.  In thinking about how to prevent elder abuse and exploitation as well as the new mandatory reporting effective July 1, 2014 in our state for persons aged seventy and older, aren’t we also looking at our own fears about what we see happening now to our family and community members as we also consider what might happen to each of us if we find ourselves in difficult circumstances?

We cannot solve our problems with the same thinking we used when we created them.

But will our thinking  about our elderhood and its challenges be big enough and deep enough to get us there – to some solution?  I think of a quote from the late literary critic and essayist Northrop Frye, based on lectures he gave when he was in his later years  – or eighth stage:

The cultural aura, or whatever it is, that insulates us from nature consists among other things of words, and the verbal part of it is what I call a mythology, or the total structure of human creation conveyed by words, with literature at its centre.  Such a mythology belongs to the mirror, not the window.

What is a mirror for? Why, reflection of course.  If you’re not sure about the importance of reflection, Teilhard de Chardin, the paleontologist and theologian, considered the birth of reflection as a major contributing factor to the phylogenesis of the human evolution.  See Teilhard de Chardin, The Human Phenomenon (2003: S. Appleton-Weber, transl.) at 171.  In case you might be wondering whether I am saying that only human beings have that power of reflection, I would have to admit that no, I think there are many other animal beings that possess the ability to reflect.  Our notion of social justice is evolving to reflect this.

One of the side effects of our recently acquired longevity is the side effect of dementia and incapacity.  Perhaps before declaring a “war on Alzheimer’s” we might first examine our thinking about it – dementia as a “side effect” of longevity.  Are we looking in the mirror or through the window here?  I would suggest that this story is one which belongs to the mirror and is therefore part of our story, a myth as suggested above.  What we lack is a big-enough thinking, a mythology for what is happening to us in this new old age.  The call for the war on Alzheimer’s is indicative of our desire for a quick fix, to maybe find a pill to take so we can “manage” it.

So is it the remembering or the forgetting that is the challenge?  Disappointment, disintegration and resulting dystonia, and of course depression are accompanying many of us as we pass through the eighth and ninth stages of life.  All this “dis” reminds me of William Blake, the English poet of the 19th century.  Kathleen Raine, the late poet, author and interpreter of Blake, caused me to wonder about reversing the polarity in the final (ninth) stage of our lives and consider that:

Experience was not a learning but a forgetting, a loss of vision, a narrowing of consciousness, or as Blake puts it, a falling into the deadly sleep of materialism, to become oblivious to that beauty seen with the eyes of innocence.

So in the context of the life cycle, as some movement from an origin, a progression and evolution (if we’re successful) we might end up at some place of return in the ninth stage as described by Joan Erickson – the gerotranscendance.  Perhaps the stages themselves mark time as well – chronologically of course, but also in terms of kairos, the quality of time.  The Egyptians originated the solar year, the Zuni people referred to months as the steps of the years, and so the regeneration of time, in its cyclical aspects has been a part of the human phenomenon for all of our known history.

So what is it to which we return – a forgetting or a remembering?  Perhaps in order to be able to manage that return, we must dis-assemble ourselves somehow.  That is one aspect of transcendence.  Maybe it is also that perhaps forgetting all that accumulated experience is needed in order to clear away the debris, so that we can truly remember, as described by Raine and Blake.  I don’t pretend to have any answers, I am merely proposing we open the doorway a bit wider before we determine the path forward.

There are many ways to look at dementia and incapacity, but when we focus exclusively on the individual and on the objective, measurable parts of a person’s identity, it can only ever be about loss.  I am merely suggesting that the group focus is at this time much too narrow and there are other ways of viewing old age, and it challenges beyond the checklist formulated by our brain and identity-centric material order-obsessed version of objective reality.  Moving away from “I am X” toward simply “I am” is what I’m talking about.

Remember the quote I started this series with?

I will close this series with an exercise with a bit of music.  I think a big part of our problems with thinking, both as individuals and collectively as a society, has to do with our neglected sense of wonder.  So here goes: try this link of an inspiring song by Lisa Gerrard (you might recognize it from a movie soundtrack) and while you are looking at the beautiful pictures of our cosmic neighbors, try stretching your arms wide as you sit or stand, as if you are spreading your wings or are about to receive a welcoming embrace.  Do this for two minutes and see what it does for your sense of feeling confident and powerful as well as your sense of wonder and beauty that is the world of which we are part.

So to conclude this series which revisits common themes of other posts: darkness and depth and exile and return, I will employ my favorite poetic device, haiku.

How can it be known –

to distinguish between them,

Rose of the heart can measure