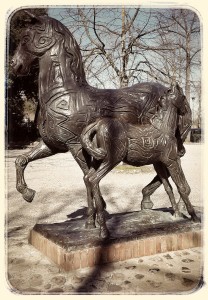 This is the second post on the topic of elder financial abuse and abuse of a power of attorney by an agent.  Read the first post here.   In the background here is the bigger question about how we can think about how we want manage our longevity and plan for incapacity, but let’s face it . . . .  many of us would prefer to not think about it at all, so avoidance is a common response to this question!  This looming prospect of diminishing capacity is of course is a phenomenon that will affect us in increasing numbers as the baby boomer cohort continues to grow older.  For a bit of background about the “job description” of an agent under a general (financial) POA in Colorado, you can read the Colorado Bar Association’s brochure entitled “So Now You Are an Agent Under a Financial Power of Attorney here.

As the saying goes, an ounce of prevention is worth a pound of cure – and it is particularly applicable to the task of naming the right person as agent in a POA.  Fortunately, there are plenty of resources about the prevention aspect.  The American Bar Association, through its Commission on Law and Aging, has lots of helpful information relating to durable power of attorney abuse and other financial exploitation topics, as well as materials relating to the legal issues involving elder abuse and resources for law enforcement and lawyers is available here.

Let’s start small with the two examples I described in the previous post: So what might this kind of POA abuse or exploitation look like?  Often the elder principal’s major asset is the home.  Is an agent transferring the principal’s interest or a partial interest in the principal’s home to him or herself (not as agent)?  What I have seen on more than a couple occasions is an agent use a quitclaim deed to accomplish this type of transfer.  One was for supposed “safekeeping” – the agent was afraid that a sibling was going to be given an interest in the property, so the agent transferred to herself first (!); and another transfer was “just in case” mom needed to qualify for Medicaid later one, at least that was the rationale for relieving her of her sole asset.

What can an elder law attorney do to assist in these types of scenarios?

Individual concerns vary widely and an elder may be interested in preserving some sense of family harmony and so the initial gestures to correct a problem don’t always need to be big and bold.  People don’t usually want to start with the nuclear option, but it is important to identify a strategy that will identify the “what if’s” in the event the agent doesn’t take the opportunity given to them to fix the problem and do right by their parent.  In the quitclaim transfers described above, a letter from an attorney (me) was enough motivation to get the situation fixed and they were both successfully resolved with no legal proceedings.  These situations were remedied by the transfers being “undone” by the agents.  In the first example, the POA was revoked and replaced with another POA.  This is often not so simple however, as a recalcitrant agent may often refuse to stop or cooperate and so legal proceedings must be instituted.

What else can an elder principal do about shutting down a “rogue agent?”

Back to the prevention theme:  Stay engaged with others!  While many of us Americans love to be independent, it is better for our overall health to be part of a community.  Remember that social isolation of elders can sometimes lead to situations where an elder can easily be taken advantage of by ill-intentioned people.  Read more about elders and social engagement here.  In my experience, neighbors can be very helpful in this regard, to keep a watchful eye on the elder and the elder’s emotional well-being and engagement with others.

Okay, to stay on today’s topic here, let’s take a look finally at some of the legal action that can be taken to remedy and rectify a situation created by a misbehaving agent.

There are a number of legal and equitable actions and remedies available to a principal who has been damaged by their agent.  Remember that the agent works for the principal and the agent is a “fiduciary” of the principal, which means the agent must act with the highest degree of good faith on behalf of the principal.

In a situation where the agent is behaving badly, there are a number of actions which the principal can consider.  The POA statute and the probate code allow for a number of proceedings in these kinds of circumstances, including: removal of the agent; filing a petition to review agent’s action; and an action for breach of fiduciary duty.  Equitable remedies (as distinguished from legal remedies) would include petition for surcharge (which might include lost income and recovery of attorney’s fees) and imposition of a constructive trust.  Another type of proceeding against the agent would be tort actions – including fraud, misrepresentation and conversion.

Here’s a law review article that provides a good overview of many of the legal and equitable actions and remedies which might be pursued.

That’s all for this second installment.  In the third and final installment on this them I will be looking at the similarities between elder financial exploitation and abuse and domestic violence, as they share many similar behaviors.