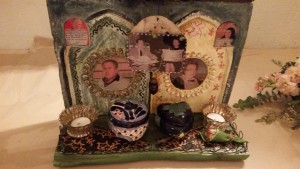 Memorial to Parents at a Child’s Wedding

Here’s another post about elder financial abuse and exploitation.  This is the first of a series of posts about one particular aspect of elder financial abuse – the misuse of a general durable power of attorney (POA) by an agent.  As many of us either already know or just suspect. . . . quantity does not equate with quality of life as more of us are living longer!  This concern about how we manage our longevity and plan for incapacity is a phenomenon that will affect us in increasing numbers as the baby boomers continue to grow older.

Elder financial abuse defined: According to the National Center on Elder Abuse (ncea.aoa.gov), financial exploitation (also called financial abuse) is the illegal or improper use of a vulnerable adult’s funds, property, or assets. Financial abuse is a crime, and each state has its own definition of financial abuse.

Here’s an overview of some of the “landscape” of elder financial concerns.  Lots of folks were relieved when Colorado finally passed a mandatory reporting act which allows for much greater law enforcement involvement in such matters.   In the “bad old” days, most folks calling the district attorney’s office were told the alleged abuse or exploitation was a “civil matter” unless it was a sufficiently large amount of money.  I also think it’s helpful to consider this development in light of the Colorado Court of Appeals’ ruling from 2013 in People v. Stell, a criminal case with application to Colorado’s Uniform Power of Attorney Act.  You can read more about that decision here.

A friend told me about a recent issues of the American Bar Association’s GPSolo magazine that focused on elder law.  You can read an article about Advocating for Elders Suffering Financial Abuse and Exploitation here.

There aren’t a lot of statistics available about abuse of financial powers of attorney, but it has shown that most victims of financial abuse or exploitation retain capacity, meaning that the principal can put an end to the agent acting on the principal’s behalf.  This is important because of how a financial POAs work.  They require third party acceptance (by banks, brokerage houses and so forth) and so if an agent is behaving badly, the principal must take immediate steps not just to revoke the POA that gives the agent the authority to act, but the principal must also notify third parties with whom the agent transacted financial affairs or may have done so to inform them of the revocation of the POA and that the agent suspected of misbehavior no longer has authority to act on the principal’s behalf.

I have worked with elders who have been exploited by their children.  It is exceedingly difficult for most parents to come to terms with the fact that their child is stealing from them.  Telling a third party about this can be painful and embarrassing, and unfortunately that is what many exploiters bank on – that the elder will feel ashamed and will not seek assistance.   When an elder contacts me about this I assure them that the majority of the POA abuse cases do seem to involve adult children.  This is not to diminish the number of non-relative predators out there looking for prey in the form of an isolated and trusting elder who may be sucked into a too-good-to-be-true business deal or simply a plea from a stranger or “long lost grandchild” who seeks financial assistance in hard times.

The exploitation of an elder by an adult child agent under a POA does not seem to have any “typical” types of red flags, as they are often dependent upon the nature of the parent-child relationship.  This can complicate matters greatly, particularly if the adult child is one of several siblings and is working to isolate the parent so as to make the exploitation easier.  Many of these behaviors in the POA context – control over the parent’s finances, dictating choices an elder has previously made independently, other life activities involving the “care” of the elder, along with limiting access to others who might provide emotional support or making such communication difficult, bear a striking resemblance to the behaviors of a person using such tactics for their own gain in the form of psychological or emotional abuse.  When you couple an elder’s isolation and frailty with a person who withholds information from an elder and access to others who would be allies, this can be a very harmful mix.

When an agent under a POA keeps information from an elder and does so in a secretive or non-transparent manner, this is a serious “red flag.”  For this post, I will focus on prevention – what an elder needs to consider before signing a POA.

What are some steps people can take to help prevent financial exploitation by an agent under a power of attorney?

So what might this kind of POA abuse or exploitation look like?  Often the principal’s major asset is the home.  Is an agent transferring the principal’s interest or a partial interest in the principal’s home to the agent?  What I have seen on more than a couple occasions is an agent use a quitclaim deed to accomplish this transfer.  One was for “safekeeping” – the agent was afraid that a sibling was going to be given an interest in the property, so the agent transferred to herself first (!); and another transfer was “just in case” mom needed to qualify for Medicaid later one, at least that was the rationale for relieving her of her sole asset.

In my next post on this topic, I will be looking at the steps an elder can take to stop an agent and remedy a situation created by a misbehaving agent or an agent who has been financially exploiting or abusing an elder.