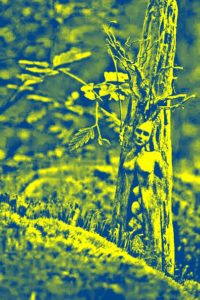 Today I’m exploring the question of whether exploitation or neglect of an elder parent by an adult child presents differently due to the gender of the parent.  I will begin with a question:  is the elder parent – adult child relationship different between mothers and fathers?  What about when it “goes wrong” and results in neglect, exploitation or financial, physical or verbal/emotional abuse? I can say from my experience as an elder law attorney that elder mothers appear to be taken advantage of in ways that are often different from those means involving elder fathers.

This post crosses a lot of territory – spanning the abuse of a power of attorney by an adult child serving as agent, elder abuse resulting from neglect of an incapacitated elder, to the evolution of family conflict across many years of relationships.  Abuse in these contexts can take many varied forms and because it is part of a family relationship, a most intimate one of mother and child – it can express itself in subtle and slippery ways.

I have noticed in the estate planning portion of my work that fathers tend to have a much easier time with leaving disproportionate shares of an estate among adult children and also seem to be much more resolute about disinheriting a child.  One of the reasons might be that mothers tend to have a higher involvement and investment in the parent-child relationship, even as it evolves over the lifetime of the parent and the adult child(ren).  In my experience, mothers are more likely to hold out hope that a wayward child (whom a father might easily disinherit) will return to a more productive life path or that the filial relationship will otherwise be redeemed.

Some people might think that threatening one’s mother with putting her in a nursing home might amount to elder abuse.  I’m not saying that it wouldn’t constitute emotional abuse in some circumstances, which could be used by an adult child to further a strategy of dominating and controlling a parent for their own personal gain.  This threat could also stem from an adult child caregiver who is overstressed from his or her responsibilities to care for a (sometimes uncooperative or difficult) parent.  Sometimes what ends up as exploitation starts out as a willingness to assist the parent but perhaps due to the nature of the parent-child relationship or as a result of the buildup of resentment on the part of the child, the caregiving goes astray.  But what I’m talking about in this post goes a bit further.

As we all know, parents remain parents of children, with all of the emotional responsibility that entails – regardless of the age of the child.  The fact is that many elders are better off financially (or at least more secure) than their children and they may want to help their children financially, but there is a razor-thin edge between healthy nurturing and being subjected to emotional manipulation.  Here’s a link to an AARP article from 2013 which has some sad statistics.  Part of the problem is a sense of entitlement from the adult child or children.  Some of us in my field of practice use the term “impatient heir” to describe these adult children who seem to be biding their time until the parent dies and they can “collect.”

I don’t want to sound like a broken record here, but I have noted a number of times in previous posts that there is not very much current research documenting the prevalence of elder abuse.  There is some recent work on the sometimes toxic nature of filial relationships and elder abuse.  What is “taking care of” someone and what does it properly entail? Here’s a link to an abstract about the special significance of the adult daughter-elder mother relationship and the use of aggression. Underreporting is an obvious problem – particularly when the reason for underreporting is shame or embarrassment.  When an elder mother (or father) reaches out to me as a resource person to assist in remedying a situation, one of the first things I say involves the recognition of how brave the mother Is to contact someone outside the family to report on what is generally a highly embarrassing and sometimes shameful situation.  One elder mother I worked with recounted to me how her daughter told her that she was mean to her when she was a teenager and so the daughter’s control over her mother’s finances was part of a “payback.”  Another mother extended her home temporarily to a child from whom she had been estranged for many years, only to learn he had no intention of ever leaving.  The victim-victimizer narrative in these situations can get rather convoluted!

Dr. Judith Smith is a researcher in this field who is engaged in studying how family conflict plays out in the later years of the parent and she has focused on the parent’s feelings of ambivalence (e.g., a mother wanting to help her child versus the resentment of feeling the need to assist).  The National Adult Protective Services Association (NAPSA) recently added Dr. Smith’s research brief entitled “Elder Abuse, Mother Abuse and Parenting in later Life.  Here is a link to the power point training offered by Judith Smith, LCSW, PhD on Vimeo on which NAPSA based their report.

The ambivalence scale to which Dr. Smith’s training refers is described in more detail here by Karl Pillemer, in the article entitled “Ambivalence Toward Adult Children: Differences Between Mothers and Fathers,” and you can read the article on the National Institutes of Health website here.

As we continue down the road of longevity, it might help us to think about our long term familial relationships and how they are challenged or compromised as a result of a parent’s longevity.  When this longevity involves physical frailty, emotional dependence, cognitive impairment or other factors diminishing an elder parent’s autonomy – what is an appropriate response?  This is of course an ongoing conversation and I will continue on this topic in the future.