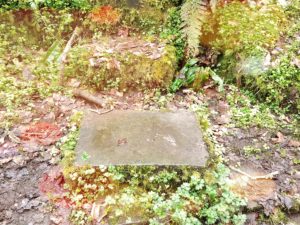 an escalating pattern of violence or intimidation by an intimate partner, which is used to gain power and control.

Two broad categories of domestic violence against the elderly can be identified:

is when domestic violence started earlier in life and persists into old age.

begins in old age. There may have been a strained relationship or emotional abuse earlier that got worse as the partners aged. When abuse begins or is exacerbated in old age, it is likely to be linked to: events such as retirement, disability, changing roles of family members and sexual changes.

Many people might find it curious that some elders would enter abusive relationships late in life, but there is a strong connection between elder abuse and family violence.  Family violence can manifest in a variety of ways, from callous and violent actions toward a pet or other animal which can often lay the groundwork for the “power over” relationships with others, particularly those who are in low power positions such as elders.  Following on this thread, the American Humane Society has identified connections between animal cruelty and human violence.

The study of elder abuse – encompassing its variety of forms and definitions – is still in its infancy.  The Urban Institute’s research report from June 2016, What Is Elder Abuse? A Taxonomy for Collecting Criminal Justice Research and Statistical Data, notes that there is no uniform, national-level definition of elder abuse because the response to elder abuse has occurred primarily at the state and local level.  The report’s proposed taxonomy seeks to grapple with the disconnect between estimating the incidence of elder abuse nationwide when there is such a wide variation in definitions of elder abuse among the states, not to mention how these incidences of such events or crimes is reported among the states.  The report looks at the many layers of elder abuse in terms of what types of acts constitute elder abuse; what kinds of people are the victims; what is the relationship between the perpetrator and the victim; when is elder abuse a crime or not a criminal offense, and why it is important to collect data concerning reports which fall below the threshold of elder abuse.

The fact that the study of elder abuse  – as a form of interpersonal and often domestic or intimate partner violence – is in its infancy does not mean, however, that there are not valuable and helpful resources available, such as these resources from the National Center for State Courts’ Center for Elders and the Courts, which offer educational information for laypersons as well as proposed standards for state courts to improve the courts’ ability to recognize and effectively respond to victims of elder abuse, as well as offering guidance to guidance to and effectively prosecution of these offenses by law enforcement.

One of the troubling intersections I came across in research for this post was the element that the elder woman victim may need to pay close attention to which state “system” she enters to report the abuse, as the domestic violence and adult protective service agencies operate independently and define causes of abuse differently.  I found a very helpful article on this topic published by two faculty members of the School of Social Work at Loyola University Chicago.

Fortunately, there is a developing approach to the challenge of identifying, reporting and prosecuting elder abuse which is multidisciplinary in nature.  Not all elder abuse is criminal.  For most of us practicing in the field of elder law for more than a “few years,” there was often a refrain from a law enforcement agency that the alleged abuse was not serious enough (or not a large sum of money involved) to warrant prosecution and so was “a civil matter.”  I remain concerned that there is a wide gulf between what is sufficient to activate the criminal prosecution of elder abuse and how the civil law (including probate proceedings) can provide applicable and appropriate relief to the fullest extent appropriate.

I believe the best policy is to have persons unsure about reporting suspected elder abuse to make the call to law enforcement so that the appropriate government authority can determine the scope of the investigation of the suspected abuse and whether it is appropriate for prosecution.  This reporting, even if it results in no investigation or subsequent prosecution, remains important for data collection purposes.  In this context, as in so many others. . ..  information is power.