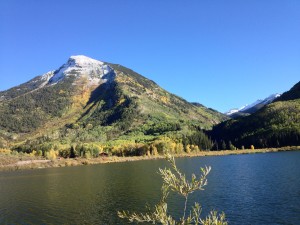 This post is the second installment about dying, a personal one for me as it recounts my father’s death.  I began the first post with this quote from a PubMed.gov  article  I found about dying with dignity:

Here is a link to the first post which talks about the three psychospiritual stages of dying and I look at the final stage, transcendence, in this post.

Transcendence   Just a couple days after returning home, he started slipping away.  My dad went through most of the “classic” aspects of the nearing death phase of surrender and transcending.  I remember telling someone who was visiting him why he was either swaying back and forth, like a kid on a rope swing, or why he put his legs in the air and held his arms out in front, as if he were riding a bicycle.  I explained that he was travelling, back and forth if you will, and that this movement was part of the letting go of surrender, moving in the direction of the end.  I remember a conversation I had with Diane, a family friend, who related a late friend’s similar movements towards the end of his life – but he was driving his car to that destination.

Dad passed away less than a week after returning home.  As his time grew nearer that Monday evening, my brother asked me if it was time for the scheduled syringe of oral medication.  I checked the progress of his breathing, which seemed so shallow at that point as to be just a couple inches into his throat.  I knew that the time was near.  My other brother came into the room then and we all grew quieter.  I left the room to find my mom and got a seat for her in the corner of the bedroom.  I was near the foot of dad’s hospital bed and my brothers were on either side of dad’s head when they heard my mother mutter something – almost under her breath.  My brother asked “what did you say Mom?”  I responded without hesitating:  “she said, she forgives you for dying.”  At that point, dad took his last breath.  I’m sure that it was what he was waiting to hear, after all that time.

So what is letting go? Kierkegaard observed that faith is the end of hope.  Faith is what you come to after hope is . . . . abandoned (yes in Dante’s Inferno terms).

When we can let go into another’s dying process, it is possible that we can make it easier for them, giving them “permission” to leave.  The dying person’s letting go, Singh observes at 203, is “not a choice.  None of these transformations of the dying process has been a choice.  Human consciousness unfolds itself as it will unfold itself.”

There is no denial in the heart, only in the mind – the mind is the seat of the egoic control center.  The heart maintains no such illusions!   At the time of surrender, the person’s consciousness unites, or reunites with the ground of being.   I like Megory Anderson’s description here, that “in the sacred act of dying, time is better understood as kairos, God’s time, than as chronos, our own chronological view of time.”  The late poet e.e. cummings was perhaps describing kairos here:

Whenever you think or you believe or you know, you’re a lot of other people; but the moment you feel, you’re nobody-but-yourself.

In her book “Sacred Dying,” Megory Anderson describes different ways to honor the end of life with honor and dignity, and to facilitate a sense of reconciliation and peace.  I recently spoke with someone who works for a local hospice.  This was in the context of a discussion of the importance of an advance directive for a family member, but I asked him about conflict at the end of life – and he assured me that it is unfortunately a frequent accompaniment to hospice care.  How could we honor a person’s dying by owning our own ambivalence and not denying our own or another’s mortality?  For most of us, I think we have a distance to travel here.

I will return briefly to some observations from “The Grace in Dying” that I have written in a manner that may help us, those accompanying a dying person in their journey, to face the process with our fullest being:

Perhaps if we can reclaim our sense of participation in mortality, in our living and in our dying, this sense of being “out of control” and at odds with a situation can be mitigated.  I’ll quote from my favorite ancient Greek philosopher, Heraclitus:

Out of life comes death, and out of death, life.

Out of waking, sleep, and out of sleep, waking,

the stream of creation and dissolution never stop.

I will close with a few things to consider if you are visiting someone who is dying.  In the final days of my father’s life many family members and friends came to pay their respects.  Some were at a loss of what to do, just being with a dying person and in such close proximity to death is very difficult for many of us.  I decided to have a copy of John O’Donohue’s book “To Bless the Space Between Us” on hand and encouraged a couple people to pick it up and read one or more of its beautiful blessings aloud if they were so moved.