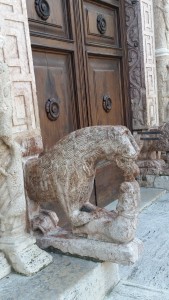 I read with interest Heather Snyder, Ph.D.’s blog post from December 28, 2016, titled “Alzheimer’s Falls More Heavily on Women Than on Men.”  She is Senior Director of Medical and Scientific Operations at the Alzheimer’s Association and suggests that effective approaches to preventing, diagnosing and treating Alzheimer’s and other forms of dementia (I collectively refer to these as AD for convenience) will likely be tailored to a variety of factors which include genetics, hormones and lifestyle – which involve gender.

The National Institute on Aging observes that Alzheimer’s disease is currently ranked as the sixth leading cause of death in the United States, but recent estimates indicate that the disorder may rank third, just behind heart disease and cancer, as a cause of death for older people.

Awareness of this important detail is lagging! According to an Alzheimer’s Association blog post, women in their 60s are about twice as likely to develop AD than are breast cancer.  That 1 in 6 chance for a woman to develop AD at 65 compares with a 1 in 11 chance for men.  A recent study shows that a person with a particular gene variant, ApoE4, which both men and women may carry, poses a markedly higher risk of the disease to women than men.

Observation, as anecdotal evidence, might suggest that because women tend to live a few years longer than men, they are more likely to have dementia, but this doesn’t hold water.  Dementia, and AD in particular, is a disease that tends to last a number of years and the majority of person affected by the disease are older, er. . .  old – meaning 60 “or better.”  The number of people affected by early-onset AD is less than 5% of all persons affected and most of those persons have the familial AD.  But what causes AD in the remainder of the persons with early-onset  AD and the vast majority of older persons diagnosed by the disease remains unknown.

You might have heard the news in late November about a highly touted AD drug, which had looked promising in clinical trials, showed little promise to significantly slow the decline of dementia caused by the buildup of amyloid plaques as indicative AD.  The latest difficulties will certainly move this field forward and trials of another amyloid-targeting medication are due later this year.

Here is a video about a Swedish photographer’s project, Into Oblivion, which shows poignant pictures of French residents (mostly women) living with AD behind locked doors.  Yes, there is French spoken in the video, but the pictures speak for themselves.  In our country of course, most of us don’t refer to this living arrangement as a “protective unit” or “lockdown,” we choose instead to refer to it as “memory care,” as if living in a secure unit implied care for a failing memory!  It raises the ethical issue about whether confinement is care.

I’ll be writing more on those ethical discussions surrounding care of persons with AD.