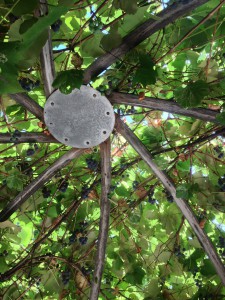 This is a popular theme of mine, this topic of the burgeoning number of elders with dementia (Alzheimer’s or other types).  The issue of dementia and capacity is an evolving area of elder and estate law and the reach of dementia extends well beyond the individual’s loss of autonomy.  Sometimes I refer to Alzheimer’s as being “contagious” in this regard.  It can and usually does affect an entire family systems or social network.  More on the Alzheimer’s epidemic: coming to an affluent country near you….Australia , Israel, and the US .

The ramifications for our financial, legal, psychological and medical well-being are far-flung and highly dependent on an individual’s unique circumstances.  what most of us seems to be in agreement about in this aging and dementia context is that it is indeed a frightening possibility to consider.  But you could say this about many aspects of the uncertainty (general or particular) in our lives.  Getting stuck in the fear reaction to this disease or condition can keep us in a not-so-productive flight-or-fight reptilian brain mode of thinking.  We need our entire brains and all of our awareness and our hearts’ courage and wisdom to look at what this phenomenon is and what it means to us.  Where does the fear originate?  In our brains!  It is our ego-based sense of control feeling inadequate and looking to blame something “out there” so we can keep going.  Our hearts, on the other hand – are where the courage comes from.  The word courage comes from the old French word “corage” and from the Latin “cor” (the modern French word for heart is of course “coeur”).  I think of the popular Mark Twain quote here:

Courage is not the absence of fear.  It is acting in spite of it.

So the brain can make us fearful, but the heart can give us courage to overcome and move beyond where we would otherwise get stuck.

I recently read an article in a SciAm Mind about recent research on the distinction between age-related forgetfulness and Alzheimer’s disease .  Read “Researchers Discover Potential Clue Behind Age-Related Memory Decline” here .    I think here they probably intend the more general forms of dementia as a disease progression, which of course includes Alzheimer’s.  I am mindful of the medical establishment’s tendency of lumping together different types or forms of dementia under the category of “Alzheimer’s disease” and also know that very few of the people dying of dementia as a cause of or contributing factor of death (primary or secondary as noted on a death certificate) will have a piece of their brain examined under a microscope to confirm the existence of the particular form of dementia known as Alzheimer’s Disease.

What do we do with all these clues, potential causes, coping strategies, and the search for remedies and answers?  I think the important thing to keep in mind is that the brain is not some black box of processes that contains everything we are.  This is where much of the approach of mapping and cataloging the brain really begs the question.   Just because we have more clues from advances in neuroscience about how the architecture and chemistry of the brain tends to behave based on our current observations and understanding, this doesn’t mean we have answers to any of those questions that the ancient Greek philosophers and others have posed throughout human history about the nature of being and consciousness, reality, and life in general.  In fact, I would submit, the obsession with the discovery of new details of neuroscience they are leading us farther from the real and bigger questions, these are the  important ones that get obscured with all the details piling up.  All this brain-obsessed cataloging completely overlooks the role of the heart, not as a mechanistic pump (unless you find that cut-and-dried approach to scientific inquiry comforting) but as an informer of and communicator of important information to the brain.  Beyond the anecdotal and traditional approach to the wisdom of the heart, there is also much science to back up the heart’s way of working with and through the brain.

Some years ago I became familiar with the work of the HeartMath Institute.  You can read about  HeartMath  at a PBSonline link here . Their scientific  evidence demonstrating the heart’s intelligence shows that the heart communicates with the brain in important ways by: sending neurological information to the brain and the rest of the body; the pulse sends energy in blood pressure that changes the electrical activity of brain cells; and that the heart communicates with the body on both a biochemical and electromagnetic level.

If it sounds new-Agey, it’s not, it is based on lots of well-recognized science and includes more traditional approaches to the body and consciousness.  Much of the science behind heartMath is also consistent with more traditional modes of thinking over human history (often collectively referred to as the perennial wisdom).

So what of the brain and its cognitive decline in old age or disease process in dementia?  There is more than enough fear of this condition or disease to go around – as if we need more fear in our daily existence.  I think a lot of this research and study tends to beg a very basic question – what is our life and our longevity for?

So . . . . what is age-associated cognitive decline as compared with dementia?  Do we really know?  Maybe.   But we still often hear people talking about an “Alzheimer’s epidemic” –  and his sounds extreme and scary.  I would agree with that characterization.  But if you disregard the emotionality and look at the demographic of baby boomers, it is apparent that the epidemic is a relative term uniquely associated with the aging baby boomers.  It is not some kind of communicable disease that affects a wide swath of the population after all.  But that doesn’t prevent me from sometimes telling people that Alzheimer’s can be “contagious.”  I don’t mean this literally of course, I mean it figuratively, that it seldom affects a single person individually because of how it often impacts our relationship with a person with dementia or who has trouble thinking.  Sometimes we “cover” for that person, to maintain their dignity or sometimes because we are in denial about what is happening.

The medical,  financial and psychosocial aspects of baby boomers with dementia is far reaching, especially in light of the fact that we are struggling mightily with those already affected by dementia for the greatest and the silent generations.   The term “Alzheimer’s” has come to be used as a somewhat generic term for a wide variety of dementia, caused by different types of disease processes or chronic conditions, but there are many ways of dealing productively with the challenges that dementia poses.  Early diagnosis is a good place to start and it can help the individual who has trouble thinking along with loved ones develop a strategy that can help maximize dignity and autonomy or other important values.