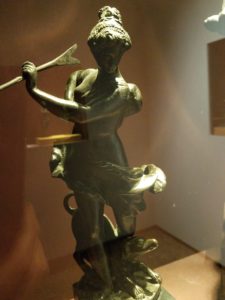 What will it take to raise the public’s awareness of the prevalence of elder abuse? Here is a recent New York Times article about a woman from Washington state, a granddaughter of a victim of elder financial exploitation, who has made her mission in life to secure further legal protection for vulnerable elders.  I tip my hat to the Elder Law Profs blog for the mention of this article.  For this post, I’m focusing primarily on financial fraud and exploitation of elders.

Colorado statistics over the last several years (since the change in law concerning mandatory reporting of elder abuse and investigation by law enforcement) indicate the numbers continue to rise dramatically.  Read this Denver Post article from last fall with some of the breathtaking numbers in Colorado.  The national numbers are a bit more complicated, due in part to the variances of state laws concerning elder abuse – not all states have made it a crime to financially exploit an elder, as well as how such crimes get reported.  In Colorado, law enforcement and county adult protective services are part of the investigative framework for suspected elder abuse and some district attorneys’ offices have specialized prosecutors for such crimes.  The federal law, the Elder Justice Act – about which I have previously written, could provide an important means for developing a more systematic approach to reporting (among other important things) remains only partly funded.

A 2011 study published by MetLife Mature Market Institute estimates the financial loss by victims of elder financial crimes and exploitation exceeds $2.9 billion dollars annually, but this number remains controversial as other studies have estimated $17 billion or $36 billion.  Read about the variety of those numbers here.

How do we define fraud on elders?  That is a big part of the problem with a lack of any “standardized” way to identify such fraud and abuse so as to generate reportable numbers for particular types of fraud and abuse.  One thing that most are certain of is that the exploitation and fraud are both widely underreported –due to the shame and embarrassment factor, particularly when the perpetrator is a family member, friend or neighbor (occupying a position of trust).

Forbes recently ran an article by John Wasik that had a great summary of four of these which consider the elder’s behavior:

The signs are of course numerous and varied, but keep in mind that there are many ways in which the behavior of the perpetrator of the fraud or exploitation of the elder mimics that of a perpetrator of domestic violence.

Keep in mind that neither of these lists is comprehensive or exhaustive!

If you aren’t sure who to call and the situation doesn’t require a 911 call, use the National Center on Elder Abuse’s resource page to determine who to call.

The only way we will get a better handle on the extent and pervasiveness of elder financial abuse and exploitation is to become more familiar with it so that we know how to ask those whom we seek to protect.