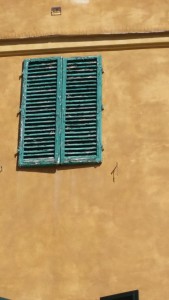 We have forgotten how to die.  We have forgotten that it is death, as part of our life, which makes us human.  Death is just like the rest of our life – unpredictable and subject to constant change. That is what we have forgotten.  We have become obsessed with our identity and being “in control,” in such ways that support our limited notions of autonomy.  This is superficial, to say the least and I don’t think it has anything to do with preserving anyone’s human dignity.

In Proposition 106, physician assisted death (PAD) or physician assisted suicide is put forward as a “right” to be asserted by a limited and defined class of individuals suffering from a terminal illness who are not expected to live for more than six months.  But wait, this sounds like qualifications for a hospice script – doesn’t it?  Have people who are advancing the recognition of this “right to die” fully explored the parameters of hospice and palliative care?  I think many have not.  It is much simpler, much more straightforward and slogan-empowering to clamor for a right than it is to take a “wait and see” approach – which is what most of us end up doing anyway. Why do I bring up palliative and hospice care in this context? Because I think the need to advance any “right to die” here is superfluous to the already existing but not well-known by the public services of hospice and palliative care health professionals.

In my previous posts, I mentioned the 1997 U.S. Supreme Court decision of Washington v. Glucksberg, 502 U.S. 702, 737 (1997) and I want to follow up just a bit on that decision and its wake.  I’m thinking particularly of Justice O’Connor’s concurrence, referring to pain management palliative and hospice care:

In sum, there is no need to address the question whether suffering patients have a constitutionally cognizable interest in obtaining relief from the suffering that they may experience in the last days of their lives. There is no dispute that dying patients in Washington and New York can obtain palliative care, even when doing so would hasten their deaths. The difficulty in defining terminal illness and the risk that a dying patient’s request for assistance in ending his or her life might not be truly voluntary justifies the prohibitions on assisted suicide we uphold here.

The “right to die” in terms of PAD would appear to be promoted at the expense of the prospect of any effective management of pain.  The further juxtaposition can be seen in these two articles by leading legal scholars: Robert Burt’s “The Supreme Court Speaks – Not Assisted Suicide but a Constitutional Right to Palliative Care,” in 337 New England Journal of Medicine 1234 (1997) and Erwin Chemerinsky’s “Washington v. Glucksberg Was Tragically Wrong,” in 106 Michigan Law Review 1501 (2008).

So why do I write another post about Prop 106? Because the “right to die” as it concerns a patient’s right to end their pain . . . is simply too misleading.  Terminal pain management, about which most people want to believe this proposed legislation concerns itself – is another matter separate from “the right to die.”  This is borne out by the Oregon statistics from 2015 which I referred to in my previous post.

Let’s set the record straight here.  The information collected from Oregon about those persons choosing to fill the prescription for the life ending medications did so based on their diminished enjoyment of life, their loss of autonomy, and their perceived loss of dignity. A surprisingly small number of people mentioned “inadequate pain control” as a reason to choose assisted death from a physician.  Why might this be that pain control factored in so small a number of responses? We don’t know because the statistics available don’t offer further information.  But I think it is not a stretch to conclude that most of those folks choosing to get a scrip filled for lethal medications already had their pain pretty well managed, thanks to hospice or palliative care.

The real reasons for these folks to get the medications was to manage the psychic pain of living at the end of their life, in which their terminal illness compromised their ability to live independently, autonomously and with the dignity with which they had previously known.  This is a qualitatively different kind of pain! This pain may be incidental to the “pain of dying” but it is most certainly a pain of living, living with the uncertainty of what challenges tomorrow will bring.  We have simply forgotten this important detail!

What kind of patient autonomy do we want to protect as a matter of law and public policy? I think we need to be clear about what this law would change and how it would work, and not to be dazzled by the shine of a new “right” that has little to do with the context – medical, legal, ethical or psychological – of how such a right would be exercised.  If this Prop 106 is really about saying it is okay to take one’s own life (I don’t even like saying “commit suicide” because it is fraught with moral implications that further perpetuate the underlying loss of the person’s survivors), then let’s be clear about that.  I believe that is the implicit underlying message, but few people are comfortable with looking much under the surface of the legislation and its long-term unintended implications.

We are talking about the pain of living a life without the independence and autonomy to which we had grown accustomed and the terminal disease or condition robs the patient of that dignity of autonomy.  I will be the first to state I am not equipped to decide for another when their terminal pain has reached such a level that palliative or hospice medications will not suffice to manage the pain.  But I think the pain we are talking about is not the physical pain, which palliative and hospice care providers have become experts in managing, no we are talking about the pain of living a life, the end of which is one “we have not chosen.”  It is implicitly stating – I do not want that challenge and I choose death instead.  Let’s be honest about that choice and our ability to choose it!

In some important respects, Prop 106 presents essentially a right to die versus a right to hope.  If we are in the midst of a terminal illness, rapidly advancing in its ravages of our bodies and our abilities to function independently, we are much less likely to give up hope if we feel supported, if we are not made to feel as if we are a burden on others.  Here physician assisted death resembles the choices underlying suicide as they vary in number among different cultures across that world.  Suicide has been characterized by Durkheim as related to sociocultural factors and in particular the integration of a person in family, economic, political and religious life.   I posit that we ought to be looking to each other for assistance, for hope, especially in the face of imminent death, and not be so eager to show the door to those of us who feel they have become a burden or simply want to “choose death.”