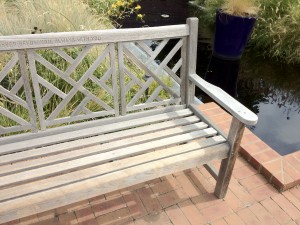 What is death?  Who dies? What if the fear of death is a simple reaction to our lifelong fear of the unknown or our indifference to immortality?

In my work as an attorney, I have many types of conversations with clients and others about life and death matters.  I wouldn’t have it any other way! For many of us, these conversations and topics about human mortality, the value and essence of a life, and other such topics, often have no other venue for discussion.  While many people may think that such topics are the more appropriate domain of medical professionals and the clergy, I know from my experience that this is the exception and certainly not the rule.  Our compartmentalization of modern life has resulted in so many walls erected in our daily existence that it is often difficult to imagine our lives without those dividers.  But make no mistake, those dividers are of our own making and while they may serve us in many respects, they tend to make us myopic, nearsighted in our assessment what our life is for.

Those dividers are sometimes like the rope floats in a swimming pool, marking the shallow end of the pool from the end of the pool that gets progressively deeper and darker.  The shallow end is the safe, visible, transparent and – surely with so many people splashing around in it – the “place to be.”  We often think of the noise and din of that shallow end as just how things are, even if we might question what all the commotion is about.  Certainly some of the noise must be resulting from happiness and joy, right. . . .?

I like the late theologian Paul Tillich’s two meanings of “deep” here: that it means either the opposite of shallow, or the opposite of high.  He also insightfully observed that there can be no depth without a way to that depth.

What is this place, this world in which we find ourselves?  When we surround ourselves with noise and busyness, it is difficult to remember that silence and repose are also part of our world.  These things are unfamiliar to us and often uncomfortable, painful even, when we are so accustomed to the hustle and bustle of the shallow end.  When we encounter the silence and the repose, we might also encounter unfamiliar questions.  What is our place in the world? Where do we find right relationship to our own imperfections?  Here the shallow end, with its easily recognizable surroundings, forms a barrier to us seeing beyond.  Many of us have seen a glimpse of that deep end and we know it’s “out there” somewhere.  Some of us even venture into it, but in order to experience it, we must shed the trappings of the familiar, the armor around which we have encased ourselves, the known and the identifiable of the shallow end must be abandoned in order to move toward the depth.

Death, the process of dying to be more precise, can be regarded as a letting go.  It is the one certainty of our lives and paradoxically the thing we seem to know the least about, hence the “mortal fear.”  If we think about the millions of people who have preceded us, oops, I mean billions – according to demographer Carl Haub the number is 108 billion.  Read the blog post on the Discover magazine site here.   Different wisdom traditions have many similar teachings about what happens during this process of letting go.  The late professor Mircea Eliade has written extensively about common aspects and themes in this regard. The theme “liberation and letting go” is the title of the latest issue of Parabola magazine.  In that issue I especially liked Andrew Holocek’s article “Preparing to Die,” in which he observes “in many ways, the entire spiritual path is about letting go.  It’s death in slow motion.”  This is what many folks would consider mindful living, mindful of our present attention and the detail that everything changes and that, of course, we will die someday.

Holocek examines the Buddhist notions of bardos, the “spaces in-between” that include the spiritual stages of dying, noting there is a body that dies and then there is another body, the very subtle body, which does not die.  I won’t go into the geography or cartography of soul migration here, but I have cited to Stephen and Ondrea Levine’s “Who Dies?” and Kathleen Dowling Singh’s book “The Grace in Dying: How We Are Transformed Spiritually As We Die” in an October post  about my father’s death.   The topic here is about depth, and why we are so afraid of it. . . .