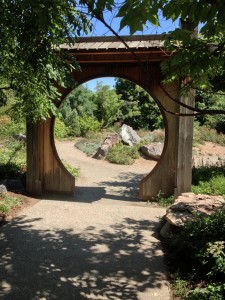 A bill has recently been introduced in the Colorado legislature that would legalize “aid in dying” or physician assisted death.  Last year I wrote a post about a previous version of this bill, then known as the “Death With Dignity” bill.  Just the name change to “end of life options“ and its references to “aid in dying” reflect a change toward a more neutral approach to this highly controversial topic.

A group of us on a bar association committee have examined this proposed legislation, solely for the purpose of looking at how it lines up with existing Colorado law.  Last year’s bill was based on Oregon law and its terminology contained many anomalies and terms from that state which are not consistent with Colorado law.  This new bill contains some changes from its predecessor and I have looked at last year’s bill alongside this year’s bill but the number of changes is not large. Most troubling to some of us is the rather lax standard for witnesses to the request process (set forth in §25-48-104 of the bill) as they are not nearly as stringent as the standards for executing a living will.  Sure, there are also emotionally-charged and value-laden subjective terms in the bill, like “in a peaceful manner,”  “peaceful death” and “peaceful and humane.”  These are some of the troubling aspects of the proposed legislation from my perspective as a Colorado estate and elder law attorney.

Even though I do own a crystal ball, I have yet to get my hands on a decent user’s manual for it. . . ! So, I can’t say what will happen with this latest bill.  It may well end up being chucked out once again by the legislature, only to make its way as a ballot initiative, in the same manner that Washington state got its legislation.

Here’s a link to the Colorado Health Institute’s post about physician assisted death in the wake of Brittany Maynard’s death.  In case you’re wondering about the terminology, the Hospice and Palliative Care folks tend to prefer “physician assisted death” while the Compassion & Choices (successor to the Hemlock Society and proponents of the legislation in many states) folks prefer the term “aid in dying.”

Here is an excellent article on the diverse issues presented in the physician assisted death debate. The article covers the historical and cultural context for the aid in dying movement in this country.  I also found the observation about minority groups not being as keen on physician assisted death as Anglos (sorry, I still use this term from my college days) very telling.  We still must grapple with the historical legacy of our health care system’s treatment of the marginalized.  I have blogged about the Tuskegee experiment and I know from experience (having taken some of these calls at my office) that some newer immigrants to this country are keenly aware of their status as outsiders who might be viewed by the medical establishment as being powerless to object to removing a loved one from life support, for the suspected purpose of harvesting valuable organs.

Okay, so what does any of this have to do with the proposed Colorado legislation?  Well, plenty.  I am not taking a stand here for or against the legislation, but I do have a question that underlies the premise of such legislation.  The major base of support for physician assisted death in this country has been along the west coast, the states of Oregon (implemented their law in 1997) and Washington (approved by ballot measure in 2008) are pretty homogenous (mostly Anglo). I don’t think it’s a coincidence that many of the people who state they may wish to avail themselves of physician assisted death are better-than-average educated Anglos.  These are people who are used to being “in charge” of their lives, making choices and seemingly charting their own destinies throughout life.  These are many of the same folks who struggle mightily with quality of life and independence and autonomy issues as we age and became less independent.  This isn’t too far from the death denial and youth glorification I am so fond of writing about.  For many of these folks, the right to die is simply an extension of their self-determination in the medical context.  I  however, do not think it is nearly that simple!  Nor do I think the “illusion of control” that so many of us collectively buy into so readily extends readily to complex end of life scenarios.

I can certainly understand concerns about less medical intervention to prolong life, but this is not what we’re talking about here.  We are talking about extending a person’s health care self-determination right such that medical technology is used to end a life.  I will close with another question – does or should it matter that not many so people will use this legislation to hasten their deaths?

I’m sure I’ll be writing more on this interesting topic, so please stay tuned.