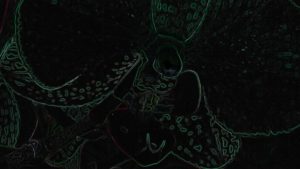 So this is the second post examining our new statute. Today I’m focusing on a couple of its provisions which provide an intersection which I find quite troubling.  Let’s look first at  C.R.S. 25-48-103. Right to request medical aid-in-dying medication

Seems simple enough, but did you read (2)?  This (2) is particularly interesting as it looks to be intended to try and minimize criticism from two quarters: First from elders and those who work for and with them (like yours truly) who can both understand the quality of life aspects of the availability of MAID to frail and vulnerable elders; and can also see the connection between “duty to die” (remember Gov. Lamm?) and a “right to die” based on . . . .  a perceived (by others) quality of life and use of scarce resources.  This statutory language provides no comfort for me.  Secondly, this (2) is also a vain attempt to disqualify criticisms from the disability rights community (folks like Not Dead Yet,) who challenge equating “quality of life” and “loss of autonomy” with “dignity.”

If you think I’m exaggerating the concern with ageism and loss of dignity of elders inherent in this statute, then simply turn your attention to §25-48-116 (Immunities for actions in good faith) which states at (3):

A request by an individual for, or the provision by an attending physician of, medical aid-in-dying medication in good-faith compliance with this article does not:

Can the really say this?!!  Does the provision of these broad and sweeping statements pertaining to elders or the disabled address the underlying issue and concern about potential for coercion or exploitation? I don’t believe it does at all – in fact it points out the law’s weaknesses here. Yet the proponents of the initiative denied and discounted any concerns from those who would question putting vulnerable elders at risk of being coerced and exploited.

The statute’s attempt to preempt any claim that another’s encouragement or assistance (I can think of several different dangerous scenarios off the top of my head) or “helping” someone with availing themselves of MAID would not constitute elder abuse, coercion, undue influence, or some other improper activity is shocking to me.  The fact remains that there are a lot of elders who are not in good health who could easily be convinced to use MAID.  Will the doctors be sensitive to this? Will they have the training and the resources to detect the “big picture” of what an exploiter may be attempting to gain from an elder who is simply trying to use MAID?  These questions trouble me.

A recent case before the European Court of Human Rights (ECHR), Gross v. Switzerland, involved a Swiss national who sought physician assisted suicide on the grounds that she was old and adversely affected by the continued decline of her faculties.  Previous ECHR decisions concerned the assisted suicide for persons who were seriously ill.   Turns out there was a Swiss woman who did not have a serious illness but she had simply grown tired of living in her octogenarian body.

The concern about aging and quality of life is real and not imagined, especially based on this (quality of life) being one of the top reasons for Oregonians choosing death.  It reminds me of the statistics about victims of elder abuse – that they tend to have their lives shortened by such abuse.  Our statute would seem to affirm that the life-shortening on quality of life grounds is legitimate and simply a matter of one’s own “choosing.”  It validates what many of us suspect, that if things don’t look like they will get any better for us, we might as well give it up and cut our losses.  I’m thinking of a well written New Yorker article from June 22, 2015 entitled “The Death Treatment: when should people with a non-terminal illness be helped to die?”  I’m back to my concern stated in my previous post about the power we have given over to our doctors, who now determine whether a person suffers from a terminal illness and is otherwise entitled to seek MAID.  In Colorado, our law defines self-administration, but the statute has no explicit requirement that an individual self-administer.  We don’t have to “jump” to any conclusions here – the path is just a baby step from self-administration to administration with some assistance.

So if we only think there exists a requirement of self-administration, then the line between a doctor prescribing MAID and the “delivery” of the drugs either through self-administration or with assistance (albeit often in the guise of encouragement) of others is a thin one indeed.  I quote from The New Yorker article here:

The laws seem to have created a new conception of suicide as a medical treatment, stripped of its tragic dimensions. Patrick Wyffels, a Belgian family doctor, told me that the process of performing euthanasia, which he does eight to ten times a year, is “very magical.” But he sometimes worries about how his own values might influence a patient’s decision to die or to live. “Depending on communication techniques, I might lead a patient one way or the other,” he said. In the days before and after the procedure, he finds it difficult to sleep. “You spend seven years studying to be a doctor, and all they do is teach you how to get people well—and then you do the opposite,” he told me. “I am afraid of the power that I have in that moment.”

I am concerned that what the End of Life Options Act appears to offer folks is freedom of choice, but it is really more about the giving away of more power to our doctors as well as making segments of our population even more vulnerable to coercion.  More later!