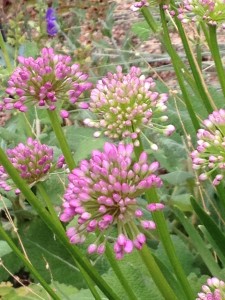 Early on in my blog on this website, I wrote a post entitled Law as a Healing Profession, which included a discussion of a law review article by Mark Glover, author of  “A Therapeutic Jurisprudential Framework of Estate Planning.  So I turn again to the big picture of our culturally-accepted death denial and look at the context for some documents that lawyers often prepare to help clients cope with this uncertain enterprise known as life.  Yep, there’s another law review article I’m considering as well – this one entitled “In Denial: The Role Of Law in Preparing for Death,” by Barbara A. Noah and published at 21 Elder L.J. 1(2013) and which you can read here.

Many baby boomers are facing end of life questions and responding with a conversation with family members or loved ones about their wishes.  This is a very positive step.  The conversation must be had many times over the course of our lives, so we know what we want and communicate those wishes to others.  There are different motivations for these important conversations, which are often the result of unsettling experiences around an elder parent’s death, and which compel a person to do things differently.  These conversations are important and invaluable for families and communities, however there is still much death denial.  For a different treatment of the question of death denial, read “Confronting the Cadaver: The Denial of Death in Modern Medicine.” Death denial is found in many places in our culture, it is particularly prominent in our technology centered medical model.  How we have come to be estranged from death has much to do with the fact that most of us don’t have much experience with family members dying at home as this is typically left to the medical professionals to manage, which separates us from the passing of a loved one and what we often feel as our helplessness in the face of encroaching end of life.  The fact is, no one, no institution or technology can protect us from death.

Whose denial is it anyway?  It isn’t just a modern American phenomenon – the death taboo has relevance in many aspects of other cultures and traditions.  Wellness, disease and dying can also be understood in the broader context of medical anthropology, which often informs thinking around the dying process and death.

But even amidst the further study of death denial and criticism of its power to alienate us from life – has much really changed since Ernest Becker’s groundbreaking 1973 book The Denial of Death,  where Becker attributed the materialistic high-tech nature of modern life (I would call it post-modern, to be more precise) that left us in the shallows searching for the meaning, the missing depth of life in the context of inevitable death.  Fear and anxiety are like sharks there in these shallows, terrorizing many of us into a state of helplessness and feeling out of control.  It is one vicious cycle.  In our autonomy-valuing, action-based view of choosing what our lives are, isn’t death the ultimate indignity, particularly when it comes at the end of a disease which we may view as being one that robs one of autonomy and dignity.  Yes, I’m thinking of the ill-fated “death with dignity” bill that made it to a second reading in our legislature in Colorado.  The whole idea behind the “dignity” described in that proposed legislation was to preserve the dignity of a person’s ability to choose, to do something in response to the indignity of disease and its quality of life robbing advance.  This is human dignity that is focused exclusively on the “human doing” and not the “human being” so to speak!

Whose death is it which we confront?  Can we really be present for another’s death if we don’t really know how to do that?  Here’s an article from a nursing journal about death anxiety.

There are many other interesting developments taking place in many communities across the country which respond to the alienation from death by making it part of our lives once again.  I’m thinking here of home care for a recently deceased person, a DIY funeral care in one’s home as well as wider involvement of those who have come to be known as “death doulas” or midwives to the dying.  You can read a recent New York Times article on this topic here.