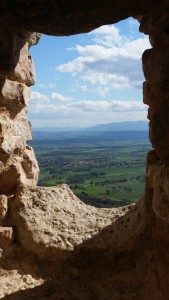 In this post I’m examining the concept of self-determination in the post-adjudication context where a probate court has determined in a protective proceeding known as a guardianship (the concept also applies to conservatorship proceedings) that a protected person, now referred to as a “ward” is incapacitated and a guardian is appointed for that person.  In the guardianship context, after a person’s civil rights are essentially stripped away (but leaving intact the inalienable right to vote) in a court ruling, it might seem that a discussion of the self-determination rights of a ward would be a bit late.  This is most definitely not the case.

While the rights of a guardian over their ward are typically plenary and unlimited, this does not mean that a guardian can simply ride roughshod over the ward’s circumstances, personal preferences, desires and stated wishes.  There are important legal principles to consider in this context.  The Latin term “parens patriae” is the fundamental basis for guardianship law, the basis for a court to curtail an individual’s civil rights and name another to act on the person’s behalf.

Self-determination also factors into self-determination theory, which offers an explanation for human motivation in psychology.  This theory explains motivation in two different forms: autonomous or controlled.  This is relatively well-studied in the context of employment and employee motivation, but I couldn’t’ find many works on this theory in the elder protective proceedings setting.  Why wouldn’t it be as straightforward as the “four S’s” that motivate us as described in this Forbes article that we want to feel: successful, socially valued, smart and structured.  I realize this is a stretch when I am talking about someone with advanced dementia for example, but I think that many individuals who have trouble thinking could benefit from this approach to honor the autonomy such that it is.  Perhaps if we could think a bit more practically about how to apply the upper end of Maslow’s hierarchy: esteem, love and belonging. . .

Self-determination has a longer history in the disabilities rights legal context, and elder law and protective proceedings share many of the same principles.  Probably the most well-known is the doctrine of least restrictive alternative.  That term which borrows from the more broadly known “least restrictive environment” which is a common thread of much of the federal law of special education and relating to rights of the disabled.

So back to the self-determination of a ward.  What we are looking at is self-determination in a highly personalized relationship – that between guardian and ward.  The analogies offered above, from psychology and in the motivation context do offer some food for thought here, but I think the fiduciary relationship is still the most applicable baseline.  This means a subjective standard of looking at motivation and conflict in the guardian-ward relationship and how it plays out in the larger implications of the ward’s ongoing right to self-determination.  I think the incapacitated ward, like people with dementia in general, have much to teach those of us who are not afflicted with such trouble with thinking and managing our behavior.

After appointment, the guardian is accountable – to the ward, to interested persons (usually other family members) as well as to the court.  Under Colorado law, the guardian is a fiduciary and is held to a heightened standard of care.  The Colorado Bar Association has a couple helpful brochures available for guardians and for conservators.  It explains the fiduciary duties of a guardian to include the following: a fiduciary duty to the ward, meaning that you must always act in the best interest of and with undivided loyalty to the ward; make efforts to include the ward in all decisions and encourage self-sufficiency; avoid transactions that cause a conflict of interest; and make all decisions with care and prudence.   Acting in the best interests of the ward means also that a guardian is expected to consider the ward’s known and reasonable desires and personal values when making decisions on behalf of the ward, and must otherwise become and/or remain personally acquainted with the ward.

I think what the fiduciary duty covers generally here is an instruction to honor the ward’s dignity and rights (such that they are) to self-determination – to allow the ward a portion in exercising autonomy to an appropriate extent.  Here I bristle at the thought of our current obsession with the person’s safety, as if safety were the only thing that mattered in the care (or warehousing) of elders with dementia!  Safety is without doubt important, but it must be considered in context of quality of life and a person’s dignity.  I’m thinking of part of the Rumi poem “A Community of the Spirit,” on this point:

Self-determination and autonomy – I’m wondering out loud whether it is possible to consider these important baseline values in a holistic context and not just as what the guardian owes the ward, or what the expectation of a court is relative to the guardian’s actions.  Self-determination is simply too important to not take seriously in the guardian-ward context.  I first wrote about this important right of self-determination of elders in the context of participation in mediation in an article I published in the March 2010 (volume 39, no. 3) issue of The Colorado Lawyer entitled “Elder Mediation Comes of Age in Colorado.”   Until the next post . . .