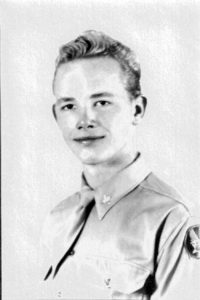 ROTC picture of my Dad, who became an officer of the U.S. Army Air Corps

In observance of this Veteran’s Day, November 11, 2017, I wanted to share a blog post on this topic as well as some valuable resources.

“Boots on the Ground” to Prevent Exploitation of Elder Veterans

I want to begin with a shout-out for: Boots on the Ground – Fighting Financial Abuse of Elder Veterans by Tamari Hedani, Associate Director of the Elder Abuse Prevention Program at the Institute on Aging.

Financial predators often “specialize” in identifying their victims by targeting specific populations and communities.  We know this is true for elder veterans.   I recently read an article about the “ghost scam” in New York City, where elder Chinese immigrants have been victimized by well-organized groups of scammers looking to take advantage of a common language and cultural ties for the purpose of stealing money from the immigrants.

There is an unfortunate variety of elder financial exploitation among the community of elder veterans.  Keep in mind that it is against the law to charge veterans or their families to fill out paperwork for the purposes of applying for benefits, and veterans and their friends and family members need to be reminded of this.  There are firms who do attempt to charge money for these services, and they should be reported, along with any kind of suspected fraud.

Fraud against veterans can involve variations on an old scam and involve bad advice concerning eligibility and result in financial windfalls for the seller of annuities or insurance.  The AARP warns in a recent post of four types of scams: the “cash for benefits” scheme; the “update your military file” scam; charity scams involving money for sick  or disabled veterans; and the “Veterans Choice Program” scam.  but worse yet are the pension poaching scams and other financial abuse of elder veterans.  Here is helpful information  from the Center on Elder Abuse about what a retired veteran needs to know before assets are transferred in order to qualify for benefits.

Whether Elder Veterans Are Aging in Place at Home or Living in Communal Settings, Important Resources Are Available to Assist in Detecting and Reporting Suspected Abuse or Exploitation

On the topic of benefits, the Veterans Health Administration (part of the Department of Veterans Affairs) and the U.S. Department of Health and Human Services developed the Veteran Directed Home and Community Based Services program to provide wider choices concerning long-term care services and living at home as long as possible.

Elder veterans and their loved ones have resources available to assist them in detecting and reporting elder exploitation and abuse.  This flyer from the US Department of Justice’s Elder Justice Initiative contains phone numbers for immediate assistance and other helpful contact information for veterans. 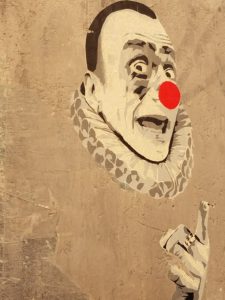