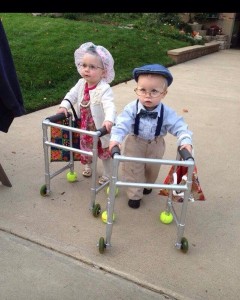 I was thinking about elderhood and language, how we think of aging and the words we give it and the life that is continually created as we age and those around us age.  By using the term language, I mean both the structure or system of language as well as the content and substance of the communication,   as well as a means of conveying content and substance.  Of course I should define that last term, autopoiesis – It’s not a commonly used word after all:

the property of a living system (such as a bacterial cell or a multicellular organism) that allows it to maintain and renew itself by regulating its composition and conserving its boundaries. The notion of autopoiesis is at the core of a shift in perspective about biological phenomena: it expresses that the mechanisms of self-production are the key to understand both the diversity and the uniqueness of the living. — Francisco J. Varela, in Self-Organizing Systems: An Interdisciplinary Approach, 1981

In essence, autopoiesis is what makes aging and elderhood possible – not just from a biological standpoint (Francisco Varela started there but took the notion well beyond it), but also from a perspective of presence in the world, of consciousness.  The “production” of our living with autopoiesis  is the ever present process of life here – of creation and destruction, unity and dissolution, death and birth, and of change.  I think of a quote from Heraclitus: The sun is new each day.  Contrast that with the oft-quoted: There is nothing new under the sun.  The latter is from the book of Ecclesiastes.  They seem to be polar opposite in expression, but of course they are not if we look at what they describe as a process of change that is endless.

So back to autopoiesis – our growth, our production of our presence depends in no small part on the absence of something, the clearing away through disappearance and decay.  That may be the source of our longing, our searching for that which we lack, which is what keeps many of us moving in this world.  That seeking can be uncomfortable and cause us to feel lonely.  Rabbi Abraham Heschel observed in his book God in Search of Man:

Day after day a question goes up desperately in our minds: are we alone in the wilderness of the self, alone in the silent universe, of which we are a part, and in which we feel at the same time like strangers?  It is such a situation that makes us ready to search for a voice of God.

So that sense of missing something, our aloneness, the absence required by the autopoiesis is something that seems to haunt us!  (Hence the Halloween theme, I suppose!) We often insist that we be able to identify, name, classify and therefore predict this system of life, which includes our own on a cellular level as well as the system of life on our planet and presumably beyond.  But this predicting from our familiarity with the system is inherently unpredictable.  This autopoiesis has, as Bruce Clarke has noted, “a multifarious cultural history, itinerant discursive career and contrarian stance,” thus making it applicable to the context here. . . .

We may experience autopoiesis and not really be cognizant of it in any meaningful way, and this is perhaps one of the ways in which we fail to see the connections between us, as people, as living beings in a larger biological system or environment.  Do we see this aliveness beyond ourselves or do we dismiss or limit it, denying it because it is beyond us, beyond some boundary of who we think we are in terms of our experience or thinking process.

Okay, you might be wondering where I’m going with this autopoiesis notion and aging – but it is clear to me that the ability to recollect, to reflect on one’s life experiences and to create and recreate meaning, is an immensely important function of elderhood.  This is what is known as gerotranscendence, the empirically based theory of psychology which suggests that aging, elderhood, offers a generative aspect of creating new meaning and purpose in life as we age.  It is nothing new under the sun but rather a “re-enchantment with aging,” a huge step in our death-denying, youth obsessed culture.  I’ll finish this post next time, so please stay tuned. 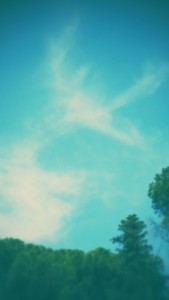 Yes, this is an excuse for a post about elder and probate mediation. . . !  On Monday I gave a presentation to a Parkinson’s support group in Arvada.  One of the major points I raise about disability planning (like health care powers of attorney, advance directives – a/k/a living wills – and general durable powers of attorney) is its value in the minimization of conflict.  Conflict is a normal part of human existence and it is inevitable, but how we choose to deal with conflict, both individually and in a group like a family – can be complicated and sometimes destructive, particularly when a loved one faces a health crisis and we are left feeling powerless.

End-of-life care decisions are usually difficult under the best of circumstances, so when there is disagreement between a spouse, adult children or other family members, this can be a source of major problems which adds to the stress of the caregivers and the encroaching grief from the advance of the disease process.

Late stage care, like hospice and palliative care, can often provide turning points in the care of a person when family members may start to better come to grips with their loved one’s impending demise.  This is not often the case however.  Sometimes with neurodegenerative diseases such as Alzheimer’s or other forms of dementia, ALS or Parkinson’s, there is a steady and inevitable decline, but this can also be unpredictable and sudden.   Here’s a link to the National Institutes of Health’s National Institute of Neurological Disorders and Stroke, which has an exhaustive list of many different types of neurological disorders.

We need support groups for raising awareness about these diseases and also because these groups can provide resources and mutual support for family caregivers.  As I told the group I addressed today, one of the highlights of practicing law in this field is that I get to see and also help facilitate people taking care of their family members, providing them with love and care during times when that is what is needed.  One of the reasons we need support groups is that we have never had so many people living with these diseases.  While it may seem that these diseases might well be a side effect of our unprecedented longevity – here in the US as well as in many parts of the globe – it remains a mystery why these diseases are affecting larger numbers of people, particularly as there are more of us aging.

There are productive alternatives to court proceedings that can be considered when an elder’s decision to continue to drive is no longer a safe choice, or where a parent’s health care agent is perceived by siblings to be suffering from “compassion fatigue,” or when disagreements about the type of appropriate caregiving have overtaken the family members’ ability to effectively communicate regarding the elder’s care.  This is where elder mediation can be particularly helpful.

It might be useful at this point to distinguish elder law from elder mediation.  The practice area of elder law is defined by the legal problems of the elderly (which practically makes it a broad general practice area, which is why many of us focus on particular aspects of it) and the “consumer demands” of the elder population.  Elder mediation, in contrast, often struggles to include the voice of the elder and to respect the dignity of their choices and preferences in circumstances of intense conflict which can often involve encroaching disability or increased frailty, slipping cognitive skills, other health challenges.  Here’s a link to a recent article in Bifocal, a journal published by the ABA Commission on Law and Aging, which features research on the topic of health care decision-making authority.

The providing of care and sharing of care for an elder who has a neurodegenerative disease can be stressful to establish, particularly when sibling have different approaches to and comfort levels with conflict.  This is why talking with an elder mediation professional can be helpful.  But there are several useful articles available on the web about “self-help” for disputants, and I liked this one from Social Work Today.  A particularly effective means of dealing productively with inevitable conflict is to make plans around it, particularly by having the conversation around end-of-life matters and also executing documents that name health care agents and express wishes and values.  Here’s a link to the Life Quality Institute, where you can find helpful resources.

I will end this post on a happy note, about the Dementia Friendly America Initiative, which seeks to make our communities easier places of inclusion for people with dementia, so that they continue to be recognized as community members.  Denver is one of the communities which has pledged to become “dementia friendly” as this press release from the Colorado AARP explains.